New Book: The Non-Independent Territories of the Caribbean and Pacific: Continuity or Change? 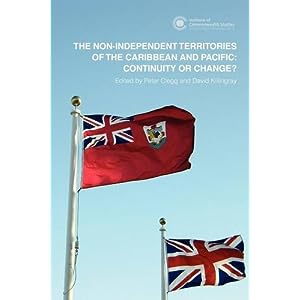 By the end of the 20th century the once great modern European empires had gone – well, almost! Today, scattered around the world, there are small territories, remnants of empire that for one reason and another have eschewed independence and retain links of various kinds with the former imperial power. This edited collection focuses primarily on those territories in the Caribbean and Pacific which retain these ‘colonial’ ties. The issues affecting them such as constitutional reform, the maintenance of good governance, economic development, and the risks of economic vulnerability are important concerns for all territories both independent and non-independent.

However, the ways in which these issues are addressed are somewhat different in small sub-national jurisdictions because of the particular regimes in place and the tensions inherent between the territories and their respective metropoles.The book brings together academics, policy-makers, constitutional lawyers, and civil servants to provide an insight into the complexities, contradictions, challenges and opportunities that help to define the non-independent territories of the Caribbean and Pacific, and their long-standing but sometimes awkward ties with their metropolitan powers.

Posted by Overseas Review at 4:06 PM No comments: