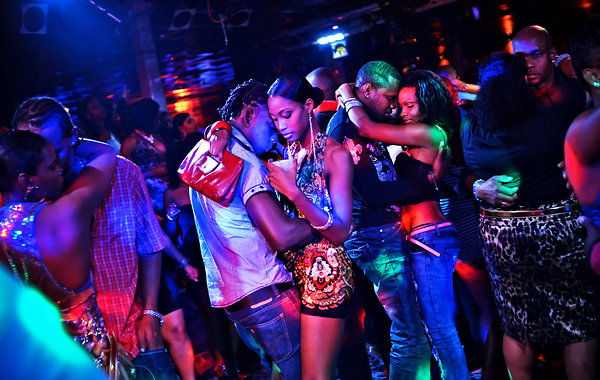 ON one of many late nights in Curaçao, I found myself in a musical tower of Babel. The setting: a sleek iron-and-glass nightclub, Tu Tu Tango, near Willemstad, the Caribbean island’s capital.

The soundtrack: a mix of English, Spanish, hip-hop argot, Jamaican patois, Portuguese — or was that Papiamentu, Curaçao’s native Creole? Beats evoked Puerto Rico, Holland, Brazil, the Jersey Shore. Just when I felt primed to classify, the rhythm morphed and the language veered off to another continent.

“Curacao has its many fans to thank for this outpouring of love and support for our unique and fascinating Dutch-Caribbean island,” says Curacao Tourist Board Marketing Manager, André Rojer. “We couldn’t have done it without all of you! Whether readers loved Curacao’s enriching culture, pristine beaches, marine-rich diving or other attractions the most, we are proud to receive recognition from About.com and its readers.”

Now in its fifth year, the About.com Readers' Choice Awards honor the best products, features and services across more than a dozen categories, ranging from technology to hobbies to parenting and more, as selected by its readers.

"This year's Readers' Choice Awards program had a record number of nominations submitted across dozens of categories and featured hundreds of finalists," said Margot Weiss, managing editor, About.com. "We are thankful to all our readers for their participation and congratulate the island of Curacao on its success."

It’s the perfect time to book a trip to About.com’s Favorite Caribbean Destination this spring through the “Curacao NOW” promotion, with the booking window now extended through April 15, 2012! Travelers can book a trip for themselves plus a guest, and get a $200 instant credit on the booking, as well as a fifth night free plus a host of additional freebies and discounts, with extended travel windows through December, 31 2012! Click here to book: Curacao.com/now.

To learn more about the island of Curacao or request a FREE Curacao information package, please visit Curacao.com or call 1.800.328.7222.

Selected as a ‘Top Destination 2012’ by Frommer’s, one of the ‘Top 21 Places We’re Going in 2011’ by Fodor’s, one of the ‘Hottest Destinations for 2011’ by AOL Travel and one of the ‘Destinations to Watch in 2011’ by SmarterTravel, Curacao is a unique Caribbean island paradise, boasting 35 uncrowded beaches, and an eclectic mix of history and culture. Explore the vibrant, culturally diverse capital city of Willemstad -- a UNESCO World Heritage site -- with its distinctive architecture, museums, monuments and world-class shopping. Indulge in Curacao’s vast selection of flavorful restaurants, with a mix of sophisticated international and tasty local cuisines. Discover Curacao’s abundant natural beauty, pristine dive sites and spectacular snorkeling at secluded beaches -- including Cas Abao Beach, selected as one of the ‘Top 10 Beach Destinations for 2011’ by SmarterTravel. Curacao offers idyllic weather, situated outside of the Hurricane Belt. To learn more about the island of Curacao visit Curacao.com.

WILLEMSTAD, Curacao, Mar 30, 2012 The readers have spoken! Curacao has been selected as travelers’ Favorite Caribbean Destination in the 2012 About.com Readers' Choice Awards and the island has its fans and friends to thank for the support! For the full results, click here!

Posted by Overseas Review at 8:40 PM No comments:

Following is UN Secretary-General Ban Ki-moon’s message for the International Day of Remembrance of the Victims of Slavery and the Transatlantic Slave Trade, to be observed on 25 March:

The transatlantic slave trade was a tragedy because of slavery’s fundamental barbarism and immense scope, and because of its organized, systematic nature.  One set of human beings — the traders, owners and others who participated in and profited from this evil enterprise — elevated themselves above another, assaulting their victims’ very essence.

“I can remember,” said one former slave in recorded testimony now posted on the United Nations website (http://www.unmultimedia.org/radio/english/tag/slavery/), when “they carried my father away and carried two sisters and one brother, and left me.”  This International Day was established for this woman — and for the many millions of people whose lives and families were destroyed, and whose dignity was so brutally negated.

As a reminder for future generations of the inhumane suffering endured by the victims over a 400-year period, and as a tribute to the spirited resistance to the system, a permanent memorial is to be erected at United Nations Headquarters.  I am proud that the United Nations will host a memorial symbolizing universal recognition of a tragedy that befell Africans and people of African descent, and disgraced humankind as a whole.

In addition to remembering the crimes of the slave trade, we also use this Day to teach about the causes and consequences of racism, racial discrimination, xenophobia and related intolerance.  And we pledge to be ever vigilant about the many contemporary forms of slavery, including debt bondage, trafficking in persons, sexual exploitation, the worst forms of child labour, forced marriage and the forced recruitment of children for use in armed conflict.

New laws, institutions and mindsets have given us better tools for the struggle against these ills.  Yet, we must also recognize that bias has increased in many parts of the world.  We see discriminatory practices gaining political, moral and even legal recognition, including through the platforms of some political parties and organizations, and the dissemination, through modern communications technologies, of ideas based on the notion of racial superiority.

The United Nations remains firmly committed to countering such hateful acts and trends.  This is a matter of principle, in keeping with our Charter, the Universal Declaration of Human Rights and the Political Declaration adopted at last year’s High-level Meeting of the United Nations General Assembly.  But, it is also a means to an end:  intolerance and discrimination are among the roots of conflicts and are major obstacles to development.

The theme of this year’s observance, “Honouring the heroes, resisters and survivors”, recognizes those who stood up against slavery when the trade was at its height, and those who stand up now to protect against its manifestations today.  On this International Day, let us all reaffirm our commitment to combating racism and building societies based on justice, equality and solidarity.

“HONOURING THE HEROES, RESISTERS AND SURVIVORS”, AN EXHIBITION

Posted by Overseas Review at 9:43 AM No comments: